Sorry for the posting hiatus. I was traveling on business for about a week and the blog (and garden) were neglected while I was away. Fortunately, my wife was kind enough to do a bit of watering in my absence, plus we apparently had a couple of storms that may have helped keep the garden in bloom.

Without further ado, here are a few shots from my garden on the day of the summer equinox, 2012:


I have mixed feelings on Calendula officinalis (English Marigold). On the one hand, they attract bees and butterflies... 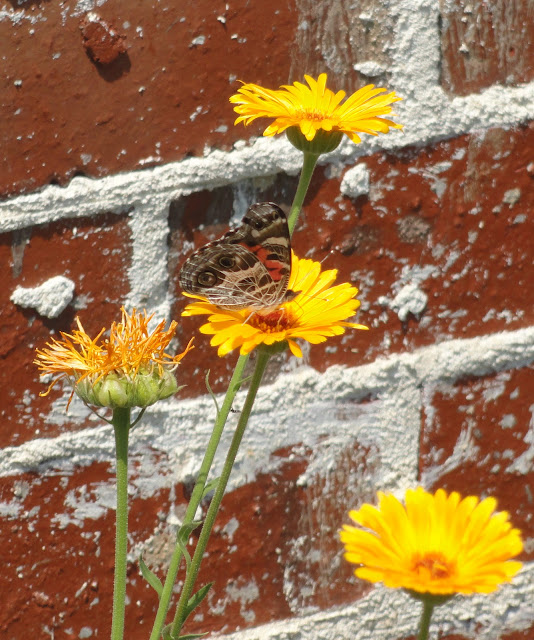 On the other hand, they tend to look kind of ratty, especially now that the summertime heat has kicked in. The flowers don't last long and they go through various stages of post-flower decrepitude so that there are typically many more obviously and visibly dead flowers on a plant than live blooming ones. And these post-flowering seedheads aren't attractive (like coneflowers) or inconspicuous (like cosmos) and they don't even seem to attract birds (like cosmos does). The overall effect is not shall we say aesthetically pleasing... 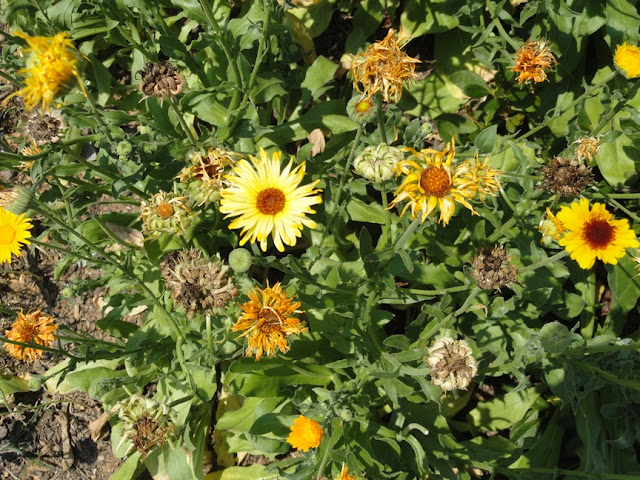 And yet, there are the interesting butterflies (or moths?)... 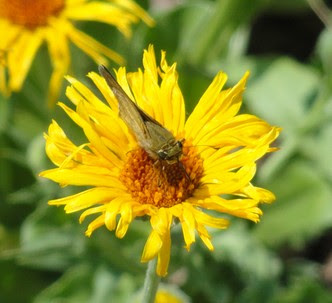 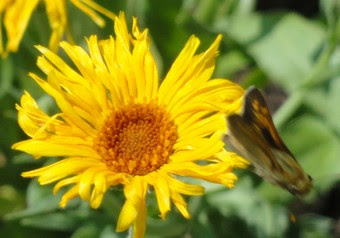 I planted an awful lot of Calendula officinalis this year, so deadheading is an arduous and unwelcome task. (I don't mind various gardening chores, but I'm not into deadheading.) Despite its ability to cover a lot of ground and provide weeks of flowering, I'm not planning on sowing English Marigolds again next year, for the reasons cited above. But in the future, I could see growing a small patch of them for the bees and butterflies.

Now on to the Sweet Alyssum. We planted a lot of it this year, both from seed and nursery starts. Most of it has languished or died, but some of the white ones have really taken off, growing big and bushy. Exhibit A: 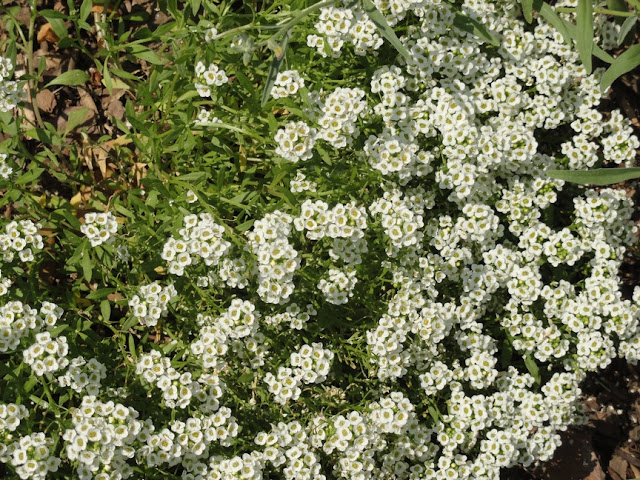 Some of the alyssum is planted near the native trumpet honeysuckle. One of those honeysuckles (Alabama Crimson) is growing well, but has not flowered at all yet. The other plant (Blanche Sandman) is smaller, but already flowered weeks ago and has now grown and begun opening a second flush of flowers. Exciting!! Haven't seen any hummingbirds yet, but I'm hoping that as the honeysuckles get bigger, the birds will discover them. Here Blanche is ready for her close-up: 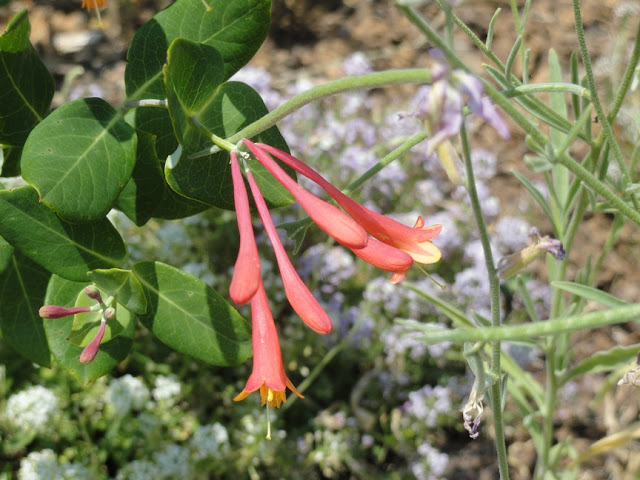 Finally, here's a close-up look at the 'David' variety of Phlox paniculata, a.k.a. garden phlox. Remember the buds from a couple of weeks ago? Well, many of those have burst in bloom now! According to Missouri Botanical Garden, this plant likes full sun, is hardy from zones 3-8 and can bloom from July to September. Garden phloxes have a reputation for being susceptible to powdery mildew, but David is apparently relatively resistant. The flowers have a light, sweet fragrance, but you have to practically bury your nose in the petals to smell it. Still, I don't mind getting up close to this... 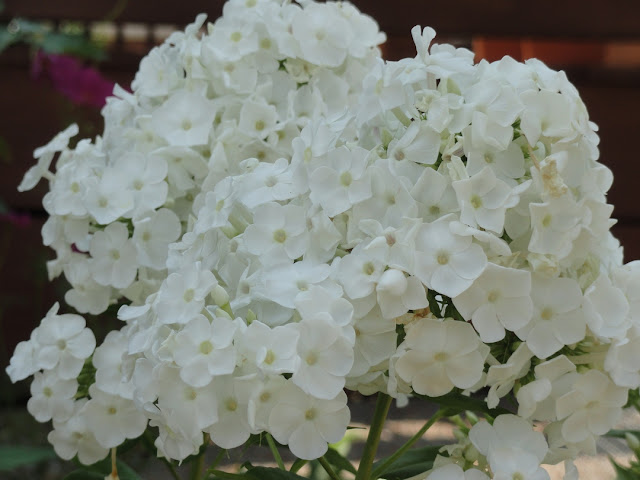 But let's take a step back to give you an idea of the strong, upright form that the plant takes. We started with three Phlox plants last year. All three came back, but this one actually multiplied into four individual plants, or at least four stalks. According to the University of Minnesota Extension service, Phlox paniculata needs to be divided every two to four years if it is growing well. Being a relative newcomer to gardening, I've actually never tried dividing any plant before, but I'll probably give it a shot with the phlox next spring... 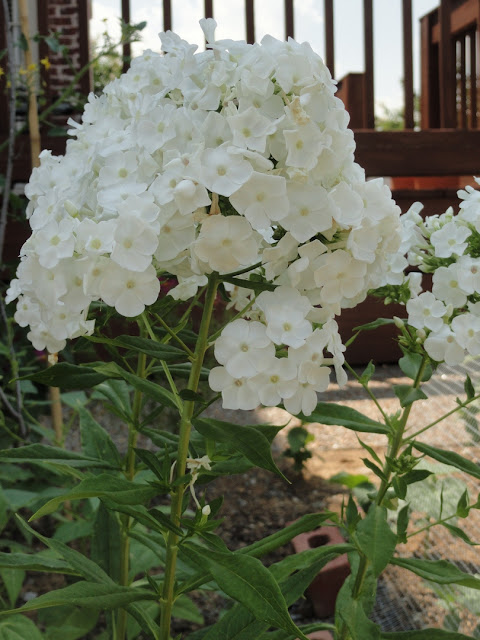 Cultivated by Aaron Gardener at 1:09 PM